LAND LEASE agreements are commonly used in Thailand to transfer an interest in land to foreigners. The most common clause in a 30 year lease agreement aimed at foreign property investors is the lease renewal option, either included as 1, 2 (the 90-year lease) or even more renewal terms.

Thailand Key Money in a Rental

Key Money as part of a rental or lease in Thailand

if you do not understand key money in Thailand this could lead to a foreseeable argument with the landlord when the lease ends or must be renewed. If you look at the term key money it is used differently in different parts of the world.

What is the sale-able area of a condominium

Lease Purchase of a Condo Unit in Thailand

Buying a leasehold condominium in Thailand

THE UNITS IN A CONDOMINIUM registered under the Thailand Condominium Act can be foreign owned for up to 49% of the units in floor space. A higher percentage of foreign ownership in a condo building is not allowed under the 2008 Condominium Act and at least 51% of a condo project must be Thai owned. It is not required that 51% of the condo is occupied by Thai nationals and remaining units can be leased to foreigners.

What is lease or leasehold in Thailand:

Lease of condos in Thailand is NOT governed by the Condominium Act but by the chapter tenancy (sections 537 - 574 of the Civil and Commercial Code). Thai property law does not know lease as a real property right (i.e. as an asset or property) but only lease as a hire of property contract attached to the lessee. Lease is under Thai law in essence a tenancy contract with a (prepaid) fixed term not exceeding 30 years. The lessee does not obtain the property title and he cannot freely sell his lease (it is not an asset). He can only assign his contract with the consent and cooperation of the Thai owner of the condo unit. A major drawback of lease in Thailand is also that a lease agreement is terminated upon death of the lessee and not automatically transferable by inheritance. The lessee's rights associated with leasehold are limited under Thai law and a lease agreement in Thailand can be terminated prior to the agreed term when the lessee defaults on the terms of the lease agreement (or associated contracts) or when the lessee dies. A leasehold condo is absolutely not equal to ownership under Thai law.

What are the main consideration when buying a condominium under a lease agreement:

Selling and assigning a leasehold condo

The primary right of a leasehold purchaser of a condominium is a personal right of possession of the unit for a specified term. The leasehold purchaser does not have any rights himself to sell or assign the leased condo apartment during the lease term (assignment of a lease is a three party agreement between the owner, the current tenant and new lessee/ tenant). Only the registered owner (developer) has the right to transfer ownership or to accept assignment of the lease to another person and have it formally registered with the Thailand Land Department. Also sub-rent by the lessee is only allowed if this is agreed with the owner of the condo in the condominium lease contract, otherwise Thai hire of property laws prohibit sub-let of the unit by the lessee in section 544Translation Civil and Commercial Code section 544: Unless otherwise provided by the contract of hire, a hirer cannot sublet or transfer his rights in the whole or part of the property hired to a third person. If the hirer fails to comply with this provision the letter may terminate the contract. The 'leasehold' purchaser's rights relate primarily to possession of the condo for the registered term only.

Inheritance of a leasehold condo

A foreign freehold owner of a condominium can pass on a condominium by inheritance in Thailand to another foreigner. Lease in Thailand is a contract right and under hire of property and Thai contract law this type of contract is terminated upon death of the lessee (as confirmed by the Thailand Supreme Court). Possession of a property under a lease agreement in Thailand is the right of the lessee and when he dies the contract and the right of possession is terminated. The lease agreement must include a succession clause for his successors however this does not offer full guarantee for the lessee's heirs. Transfer of ownership of the condominium does not break rent under Thai law, death of the lessee does!

Term of the lease in the contract

Real estate lease agreements in Thailand cannot exceed 30 years. Any longer term will be reduced to 30 years pursuant section 540 Civil and Commercial Code. The often in the contract suggested pre-agreed renewals, or pre-signed consecutive contracts or even registered contracts suggesting a longer term are not enforceable by legal action under Thai contract law because of the conflict with section 540. It is possible to include such terms based on the general freedom of contract between the parties but having it in writing says nothing about the future enforceability of such terms. Besides, even if such terms would be enforceable, as a contract, it would only be enforceable between the original parties to the contract.

Selling a condominium freehold in a development is by law a government contract controlled business, meaning that the content of the condo sale contracts must comply with minimum standards and consumer protection laws. Selling the units in the same project leasehold to foreigners is not a contract controlled business and these contracts are primarily written to generate sales and often include terms that are in practice unenforceable. A typical common clause in such leases is the owner's promise to renew the lease upon expiration of the first term. Read a sample wording relating to renewal of the lease in clause 4 and especially 4.5 of the downloadable sample condominium lease agreement which is nicely written but not according to Thai hire of property laws and in practice not enforceable as a contract. This particular sample clause is in addition void as the new lease must include a rental payment.

The registered owner of the condominium is responsible for contributions to the condominium juristic person such as the sinking fund fees and periodic maintenance and management fees and additional special fees to cover major repairs and upgrades of the building. These fees and cost will always become the responsibility of the lessee in the lease agreement and shall not be refunded to the lessee when the lease runs out. For example when the joint owners decide in year 27 of the lease that they will invest in a major upgrade of the building the lessee must pay the owner's share to the condominium juristic person even though he only has 3 years left of his lease or the lease agreement could be terminated for breach of contract.

As opposed to owner occupied freehold properties, leasehold condominiums in Thailand are subject to a rental tax at a rate of 12.5% over the actual yearly lease price or annual assessed lease price, whichever is higher. In addition to the expenses for the common property becoming the responsibility of the lessee this is also an additional financial burden for the leasehold buyer of a condominium as this is always passed on to the lessee in the lease agreement (see standard wording in clause 7.5 of the sample condominium lease agreement). For a 4 million baht leasehold apartment this will be an additional financial burden for the lessee of approx 16,000 baht each year.

Transfer of ownership of a condominium is subject to conveyancing tax and fees, buying a condominium under a lease agreement is subject to a lease registration fee of 1.1% of the total lease price. Income from lease is taxed as personal or corporate income tax. 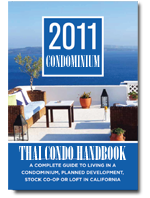 Holders of Sor Kor 1 land documents nationwide have been flocking to local Land Department offices. Yesterday was the last day they could apply to upgrade the documents into land title deeds without seeking court approval.  A Sor Kor 1 document shows its holder occupies land in a particular location. Holders of this document have the right to ask for the issuance of a land deed. However, individuals can ask a court to approve an upgrade but this will only be done on a case-by-case basis. 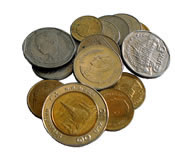 Housing and Land tax in Thailand

BUILDING OR HOUSING AND LAND TAX is collected yearly by the local government where the property is located. For individual property owners if they rent/ lease out their property (or otherwise put to commercial use) Housing and Land Tax shall be collected at the rate of 12.5% of the yearly rental according to the lease agreement or the annual assessed value by the local authorities, whichever is higher. This means that if the owner's self-declared value is to low the local authorities have the authority to adjust the amount depending on several factors. Owner-occupied residences are exempt from building and land tax, however the second and more properties are not automatically exempt.

A lease is not automatically an inheritable right

The heirs of the lessee are under Thai law not automatically entitled to succession of lease rights when the lessee/ tenant dies. Lease in Thailand is governed by the chapter 'rent of property' which is placed in the rubric CONTRACTS of the Civil and Commercial Code. Lease is in the first place a contract and personal right of the lessee and not a real asset. This means, as confirmed by the Supreme Court of Thailand, that the agreement is terminated upon death of the lessee because the lessee (tenant) as the contract party is the essence of a lease agreement. If he dies the lease is terminated (e.g. Scj. 1108/ 1994).

Kasikornbank launched its escrow-agent business by signing contracts with six property developers yesterday to provide an escrow account service, which will benefit home-buyers. The six property firms are Kanda Decor Co, Chaream Nakorn Co, Suetrong Group Co, Tararom Enterprises, Thanasiri Group, and Supalai. The bank is targeting at least 1,000 customers, KBank senior executive vice president Preedee Daochai said. This will be the first use of the Escrow Account Act after it became effective on May 20, 2008.